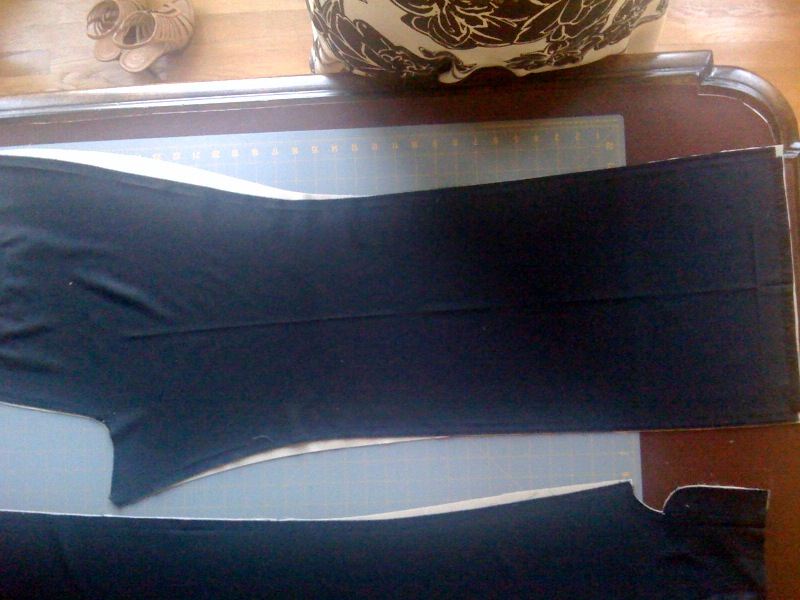 I have stitched the wool pants and tested the fit - a little tighter than I like - even with the added width. I think I will let the seams out slightly. I should not have been so confident when I cut the fabric. I used 1/2 inch seam allowances. I will let the upper thigh out a quarter inch on the outseam and the inseam for a total of 1 inch. I hope that gives me what I need because it's all I have! I took this picture showing where I added to the leg seams and now I can see that I added mostly to the hip curve and not so much to the thigh. This is called learning by doing.... I guess I have yet another reason to start using my exercise bike again. Anywhooo, I have been working on duplicating the waistband. I really like the menswear construction. 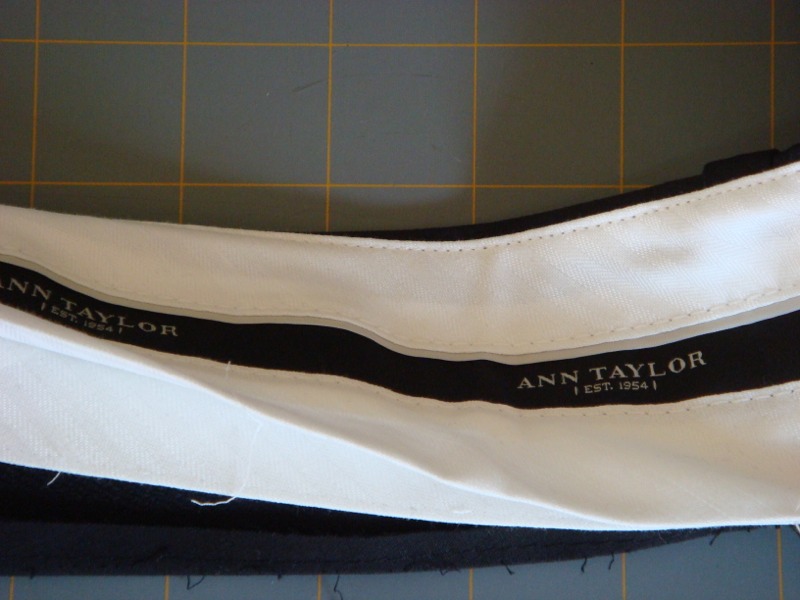 One thing I had not previously noticed about the construction is that the interfacing is sewn to the top of the waistband facing and waistband, but it hangs free at the bottom, enclosed in a bias cut single folded binding. A second bias folded layer behind it is sewn to the waistband at the bottom. It is stitched from the public side in the ditch where the waistband attaches to the pants. The stitching goes through both layers of the second folded bias - the one without the interfacing enclosed. I think this allows the waistband to stretch a little at the bottom but be nice and stable up at the top without causing rippling. I am in the process of constructing my own version of this interfaced waistband facing using tie interfacing, twill tape, bias binding and rayon seam binding. I am using double folded bias binding ordered from zipperstop.com to duplicate the white fabric, rayon seam binding also ordered from zipperstop to make the piping, and twill tape in place of the branded ribbon on the RTW waistband. I ordered tie interfacing from Peggy Sagers at Silhouette Patterns for the interfacing. My hope is that if this waistband facing works well, I can make lots of it and cut it by the yard when I need to make a waistband. It never occurred to me to face a shaped contoured waistband with a straight rectangular facing cut on the bias, but I have a real life example that is well constructed and lies nicely on the body.