I met Kenneth King this weekend. He gave a presentation and two workshops at a beautiful new local boutique called Unique Boutique. It is the place where I had my body scan done. In addition to offering the body scan, they have a fabulous, well planned workroom in back with bright lighting, lots of table space, and comfortable rolling chairs. The wiring for electricity comes down from the ceiling, so rolling carts do not get hung up on cords taped to the floor. There are multiple pressing stations equipped with tailors boards and Rowenta steam irons as well. Around the perimeter, there are threads and notions for sale, including interfacings, needles, chalk, pins, and even a few books for sale. They also have a little kitchenette - everything you need for a sewing retreat. The front room is a showroom which features impeccably executed garments made from high end fabrics - real eye candy! The idea is we can have custom fitted clothing made to order, or custom patterns which we can stitch up ourselves. The owners, Lorrie and Jan, are fun and friendly, and very accommodating. They whipped up a last minute kit for me when I showed up unprepared for my workshop. (I neglected to read the supply list with my email confirmation.) Thank you so much, guys!!

If you have met Kenneth before, then you know that he is very entertaining. His slide show presentation was peppered with stories from his "checkered past". I won't give away any of the details of his stories or repeat his gossip - and yes he does dish the dirt. You will have to sign up for one of his events to hear for yourself. My lips are sealed - wink!

I learned a couple of things from his slide show which I will share with you, though. He showed us giant slides of architectural detail found on buildings in neighborhoods not known for opulence. He spoke about how the residents lived with this beauty as part of their daily lives. It wasn't "saved for something special". This made me think about the use of trims and embellishments for daywear and casual dress. Why not?? Who says it has to be a formal occasion to wear something adorned with beauty. Another pearl for me was a tip he gave us regarding successful use of pattern on pattern design. He said he likes to play with scale. This reminded me of a thought I had regarding fractals. I watched a documentary in which a mathematician was credited with the discovery of fractals, and I thought to myself that artists long before his time discovered this scalar repetition as evidenced by the use of it in their paintings. The thought was, "Maybe it is just the same idea in a different language." It made me think about how to apply this to printed fabric, embroidery, and trim. This is something I would like to explore. Another thing I learned which was worth the price of admission alone, was how to integrate trim and beads into a garment without having it look like an afterthought. Kenneth likes to anchor his embellishments by beginning and ending it at a structural element of the garment. I often struggle with how to employ embroidery when I attempt to design a garment. I do not like the look of a floating embroidery stitchout. To my eyes, it looks like I purchased something and slapped a patch on it as they do in logowear. Kenneth's dinner jackets are fabulously decorated in such a way that the jacket and its trimmings look like they belong together - a marriage of practical and fanciful.

In one of the two workshops, he showed us his embellishment techniques, and we were able to duplicate the process and create our own samples. In the other workshop he showed us how to execute a perfect welt pocket and how to draft and sew a one-piece pocket flap. He also autographed my copy of his 1996 book entitled Design Techniques. It is the original version of Cool Couture. I ordered a copy and I can't wait to get my hands and eyes on it.

The Kenneth King events were quite enough excitement for me over the weekend, but there is more!! A new fabric store opened called Silk Road. I think I have heard of them before. The name sounds familiar. I went to the grand opening and BOY did I love it there! It is just lovely. Everywhere I looked, I found treasure. The fabrics were luxurious, yet reasonably priced. I bought two and a half yards of a fabulous Linton tweed with sequins sewn on both sides, two yards of silk charmeuse, a yard of printed silk georgette, and a half yard of this wonderful cheetah print faux fur. I also could not leave without six beautiful one inch shell shank buttons, and two more books for my collection. They served punch and mini cupcakes, and I saw a few familiar faces as I browsed. All in all, I had a wonderful weekend. What should I make with my fabulous new fabrics? 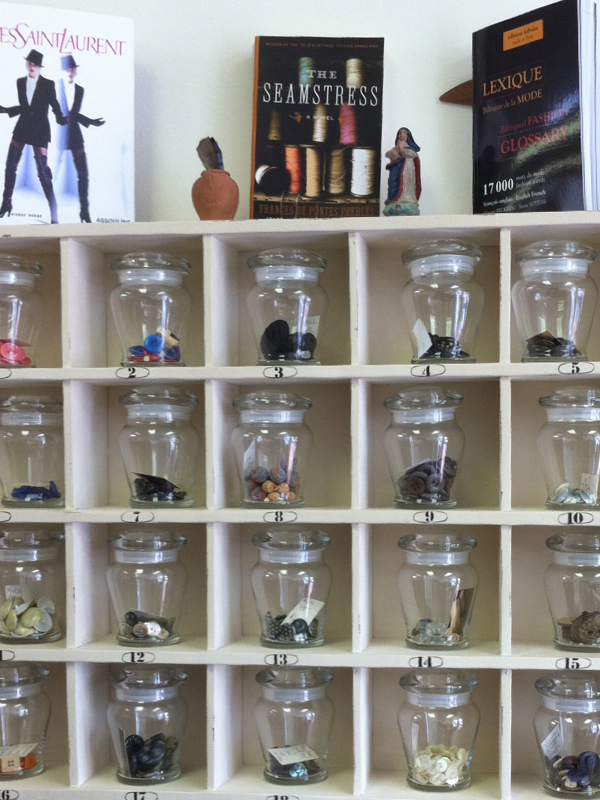 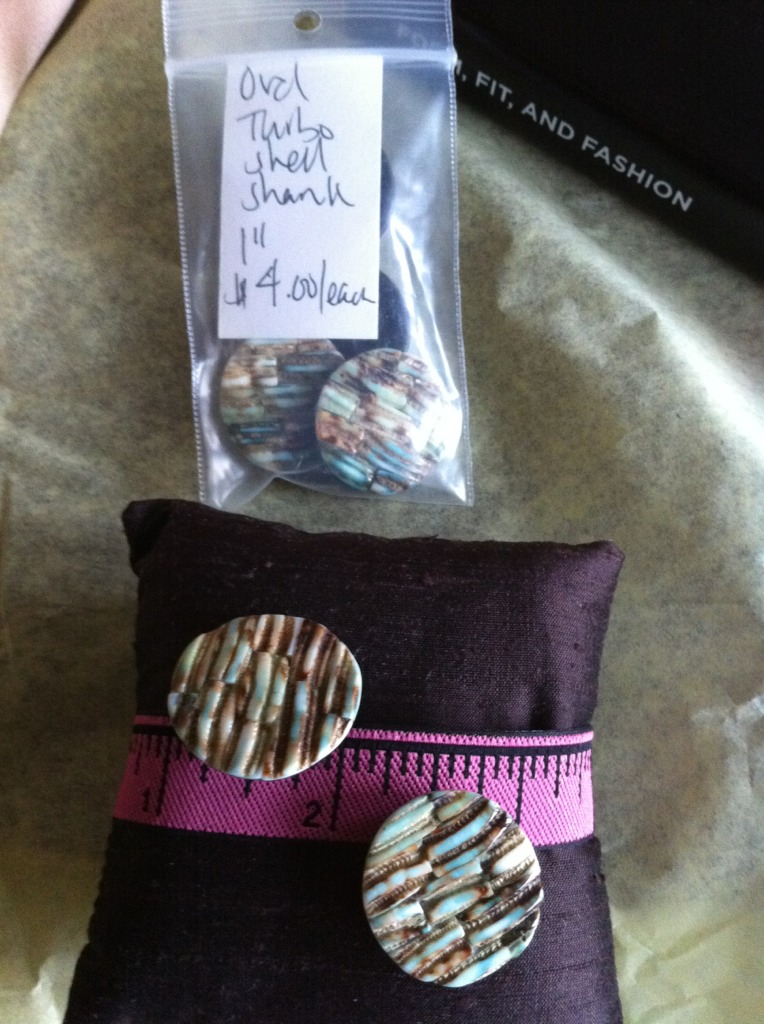 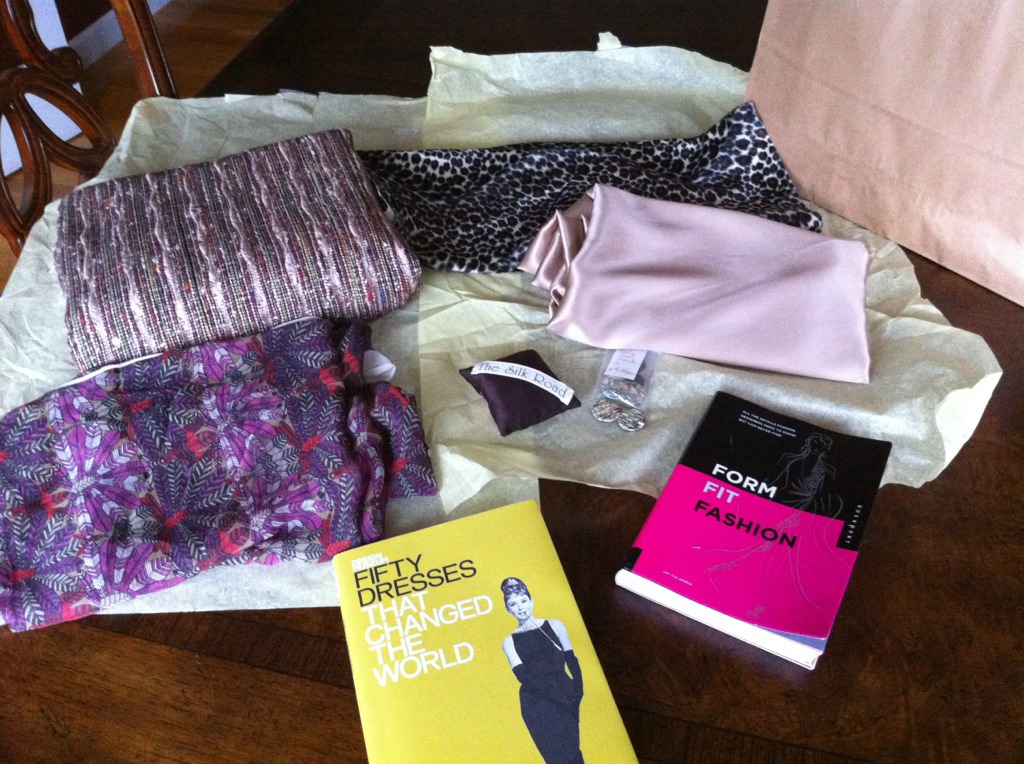 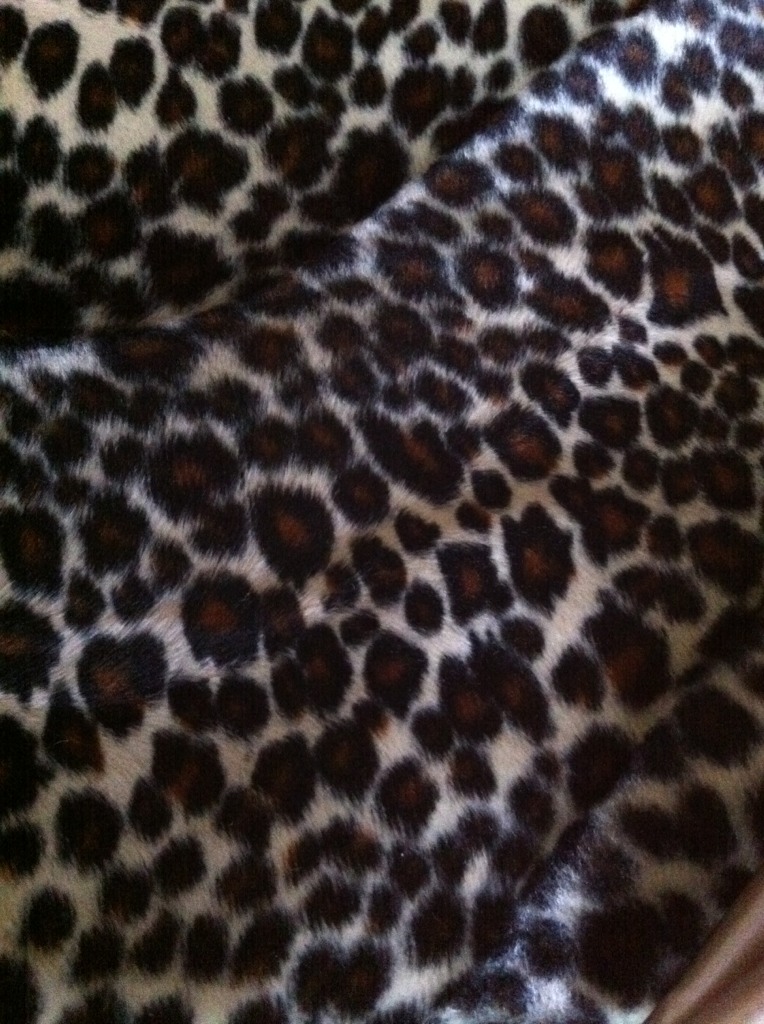